Battle of Strategies between Kyiv’s mayoral candidates went on air

On October 15, the teams of the Kyiv’s mayoral candidates spent over two hours debating within the “Kyiv. Battle of Strategies” program.

The debate was organized by Souspilnist Foundation together with Ukraine Crisis Media Center, the Campus 3.0 university community, and with the help of the Independent Media Council and UA:PBC.

The moderators were journalists Dmytro Tuzov and Tetiana Danylenko.

The debate centered around the following 4 topic blocks: “Kyiv’s general urban development plan”, “The city’s ecosystem”, “Transport and infrastructure”, and “Safe capital”. To ensure equal opportunities, the teams’ representatives received the same questions and had the same amount of time to answer – 1.5 minutes.

Eight political teams, selected by the university community, were invited to take part in the debate. Although invited, the representative of Vitali Klitschko’s team did not participate in the debate.

Overall, seven teams of the Kyiv mayoral candidates participated in the debate.

We have selected several bright quotes. 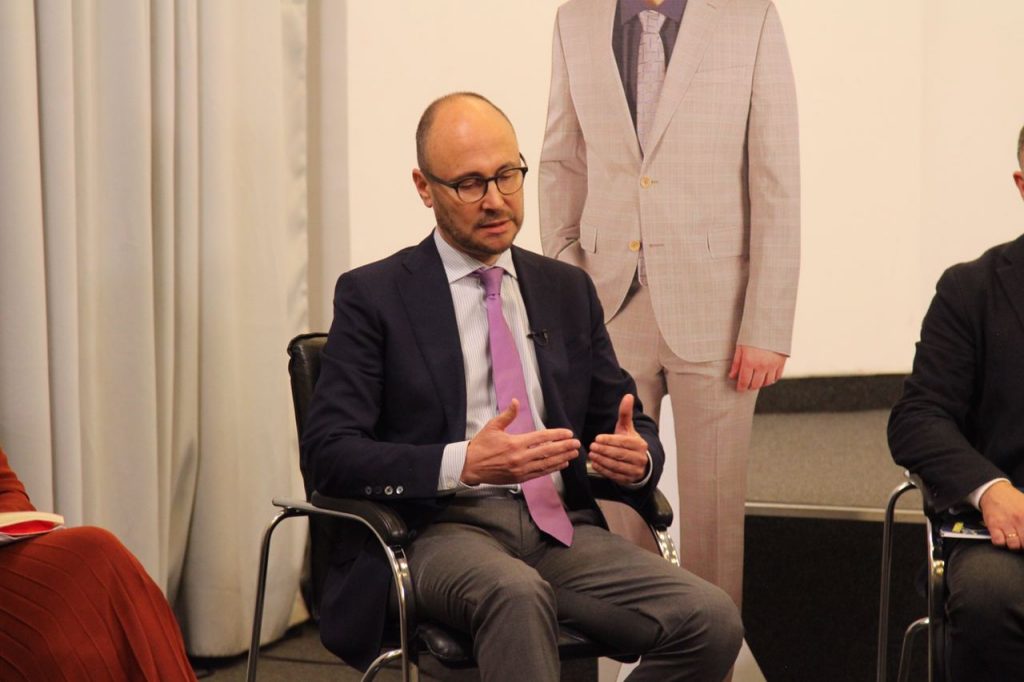 In my opinion, the issue of dilapidated housing is only a small part of the fundamental problem of dilapidation. The most difficult and biggest problem in the city’s development is the outdated general development plan and the totally inadequate urban development strategy. So, I would say that selective solutions to the issue of dilapidated housing will be impossible, should the key urban planning document fail to meet contemporary challenges. Consequently, one of the first and most important tasks for the next mayor and the next Kyiv City Council is to initiate the development of an up-to-date strategy and general development plan in line with that strategy. Such a combination will ensure, inter alia, the development of new housing stock, which can be used, for example, to allow those living in Khrushchev-era apartments, to move. So then the Khrushchev-era apartments are demolished or reconstructed, resulting in new opportunities to accommodate people. In fact, only a systematic approach and clear rules will help tackle the problems the city is facing. 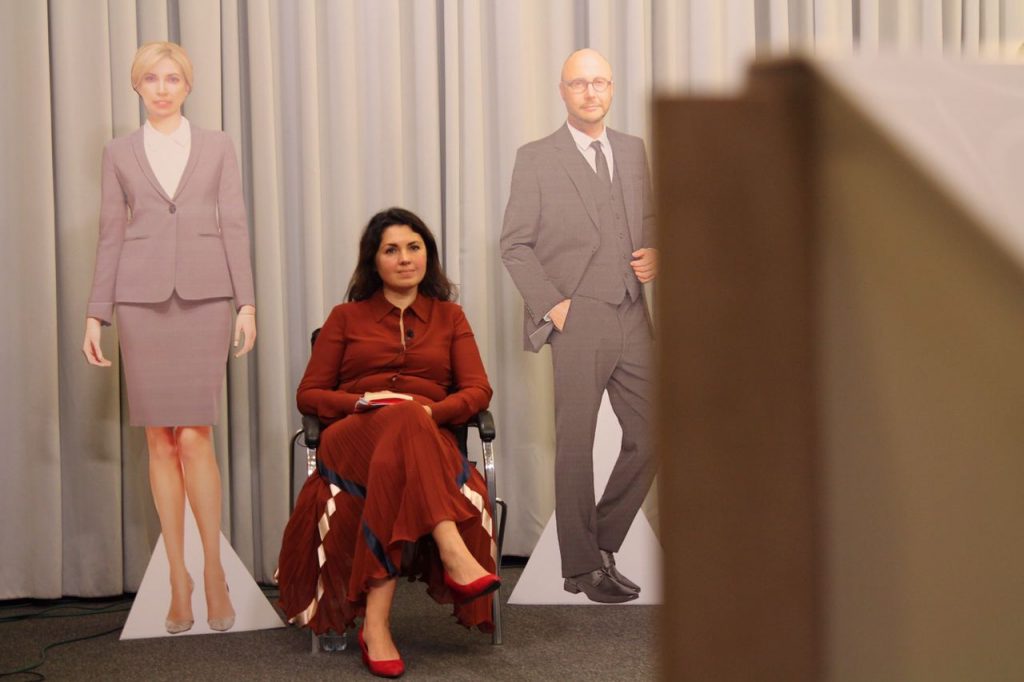 Totally correct, the basis for the city’s development should be an up-to-date urban strategy, taking into account all the trends according to which modern cities are currently developing, including adapting to climate change. The next step, the next document should be the concept of Kyiv’s integrated urban development, on the basis of which the specifications for the general urban development plan will be drawn up. All this must happen with large-scale public participation. We must move away from the idea that the city is the customer of the general plan, instead the customers of the general plan should be the people of Kyiv. As for the problem of congestion, first, the demand for transport needs to be reduced. There is this concept, very popular in the world today, “the 15-minute city”, providing that a person lives where their children study and where they can work. That is, it is necessary to develop residential communities. 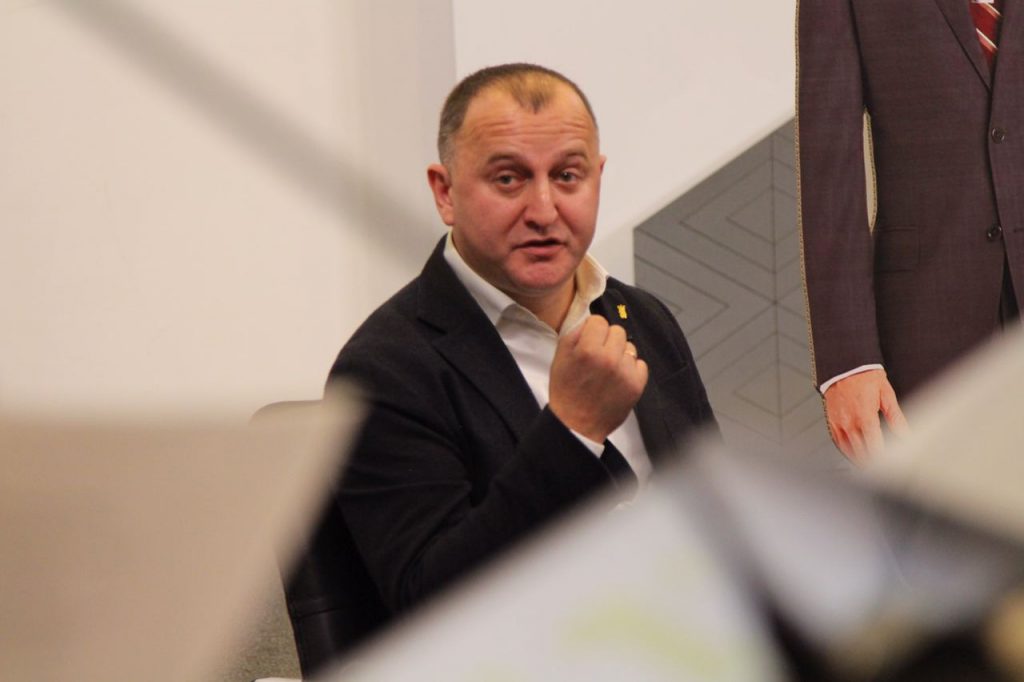 The urban transport problems are piling up, demanding an immediate solution. Indeed, there is no simple method. About 40% of transport in the city is transit transport, there are no intercepting transport hubs. If new shopping malls are built near the terminal subway stations instead of transport hubs such as the Lisova subway station, those coming from Brovary are forced to go and try to park in the downtown area. Quality public transport could partially solve this problem. Today, there is enough public transport in Kyiv, the problem is that there should be no duplication of public and private transport routes. We have to rid of the marshrutkas. 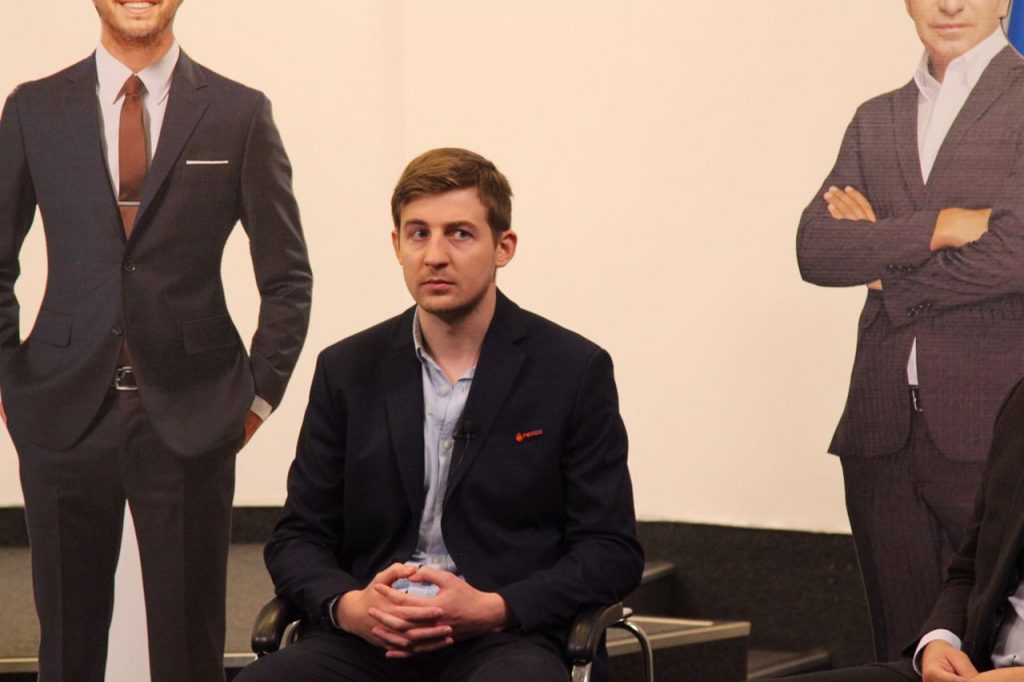 In the downtown area, the problem of pollution is not related to thermal power plants, but to road transport. I will however also refer to other environmental problems, specifically to the work of the waste incineration plant “Enerhiia”, where part of the garbage is burned, and we breathe it. You can install super filters, but, still, we cannot dispose of all the waste through incineration. It is necessary to sort it, creating conditions for it, designating sites for garbage sorting plants. 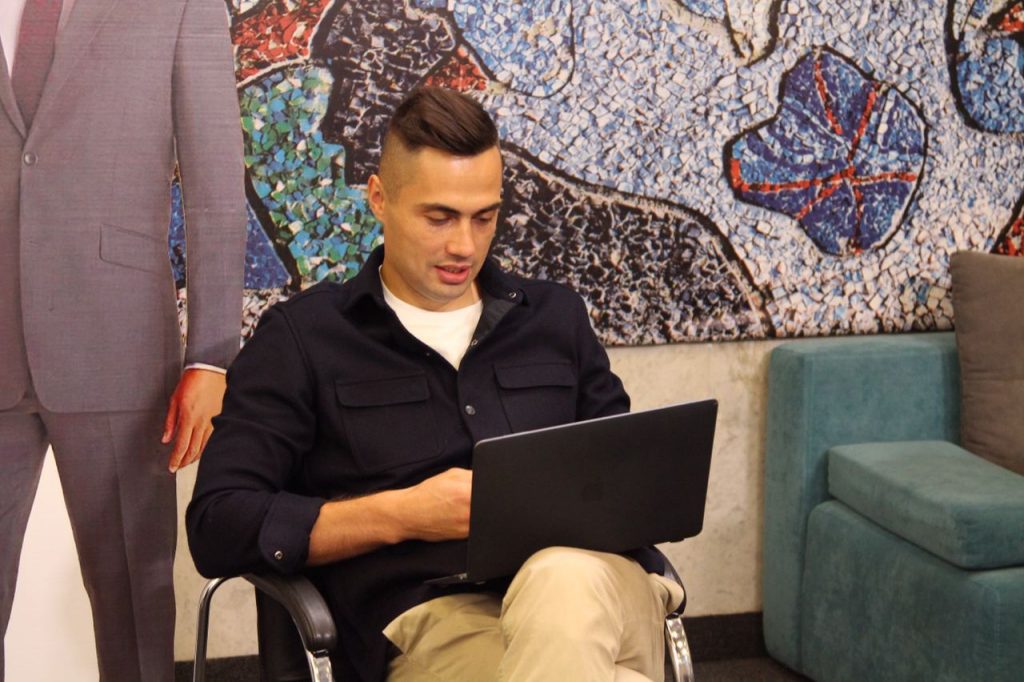 In the current budget, only UAH 100 million has been allocated for the renovation of the housing stock. This budget should be increased at least 10 or even 15 times, by reallocating funds. The second position with regard to urban development is the creation of housing cooperatives. Where people are willing to and can meet their housing and communal needs – this right should be given to them. The third issue is the problem of water pipeline networks. Even if the Miskvodokanal has crystal spring water flowing through the existing pipes, it will be life-threatening. Renovating this housing and communal stock is our number one priority. 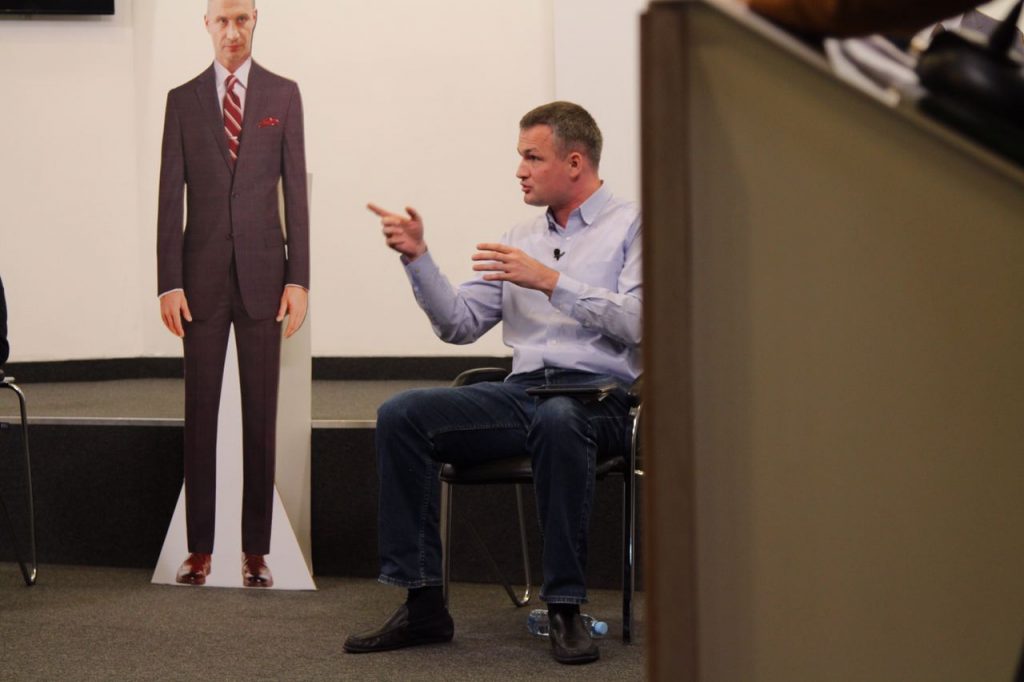 One of the main problems, why we have such congestion on the roads is the city’s residential buildings overload, where they should not be, according to the general development plan. It is necessary to replace the killer-marshrutkas with large-sized, comfortable, truly accessible public transport – rail, in the first place. For instance, if we talk about solving the problem of the left bank, the subway is actually not the main argument whatsoever, it is more of a fantasy. It is necessary to launch a high-speed bus service on the North Bridge, restore the left-bank’s tram network on Paton Bridge, also launching a high-speed tram service on the Podil bridge. 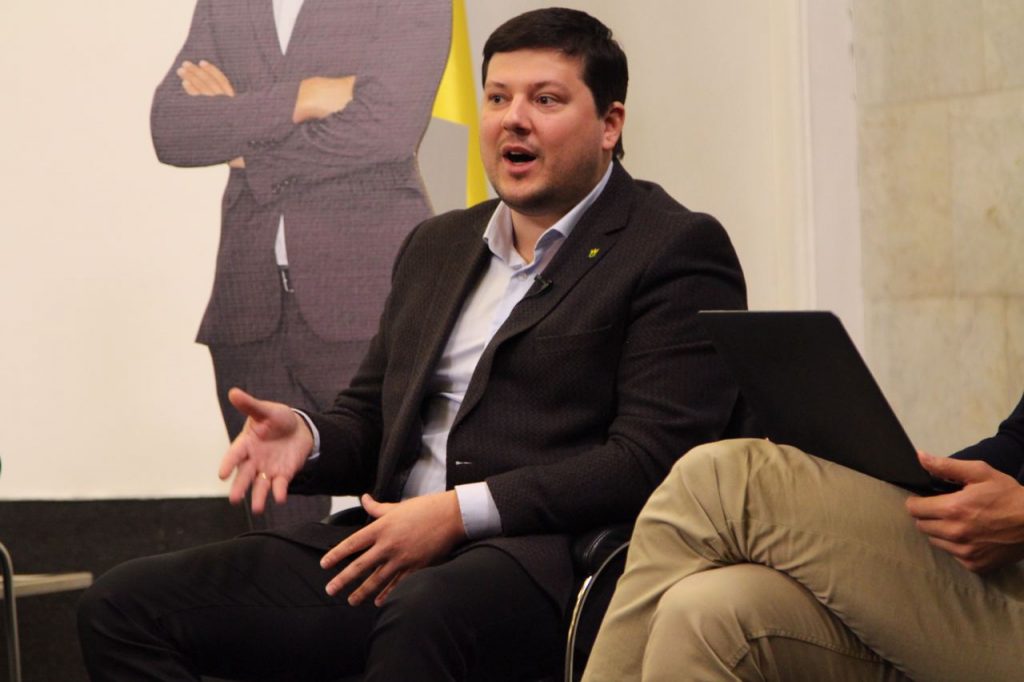 The safety principle is what the state guarantees us. Representing the local government in Kyiv, we must ensure that all Kyivans feel protected regardless of the time of year or of day. In this context, collaboration between local governments and the Ministry of Internal Affairs plays a significant role. We really need to take the work of the Municipal Police to a new level – its functions could be significantly expanded, additional crews could be organized overseeing security in certain areas of Kyiv. This would let people know that they are being cared for. But again, the main thing, as in the field of medicine, is prevention. And, specifically in this case, prevention means bringing down crime among adolescents. Today, we have few sports grounds, little attention is paid to youth sports and culture. And these things could capture the attention of teenagers, so they won’t wander the streets or create situations of crime in the districts or directly on the streets where they live.

The debate was analyzed by Kostiantyn Shokalo, head of the group of analysts at the Center of United Actions. We will later pass the analytical findings to the future mayor – for implementation and use in planning.

“Kyiv.Battle of Strategies” was broadcast on the platforms of Ukraine Crisis Media Center and on other platforms.

To draw your own conclusions, watch the broadcast on: 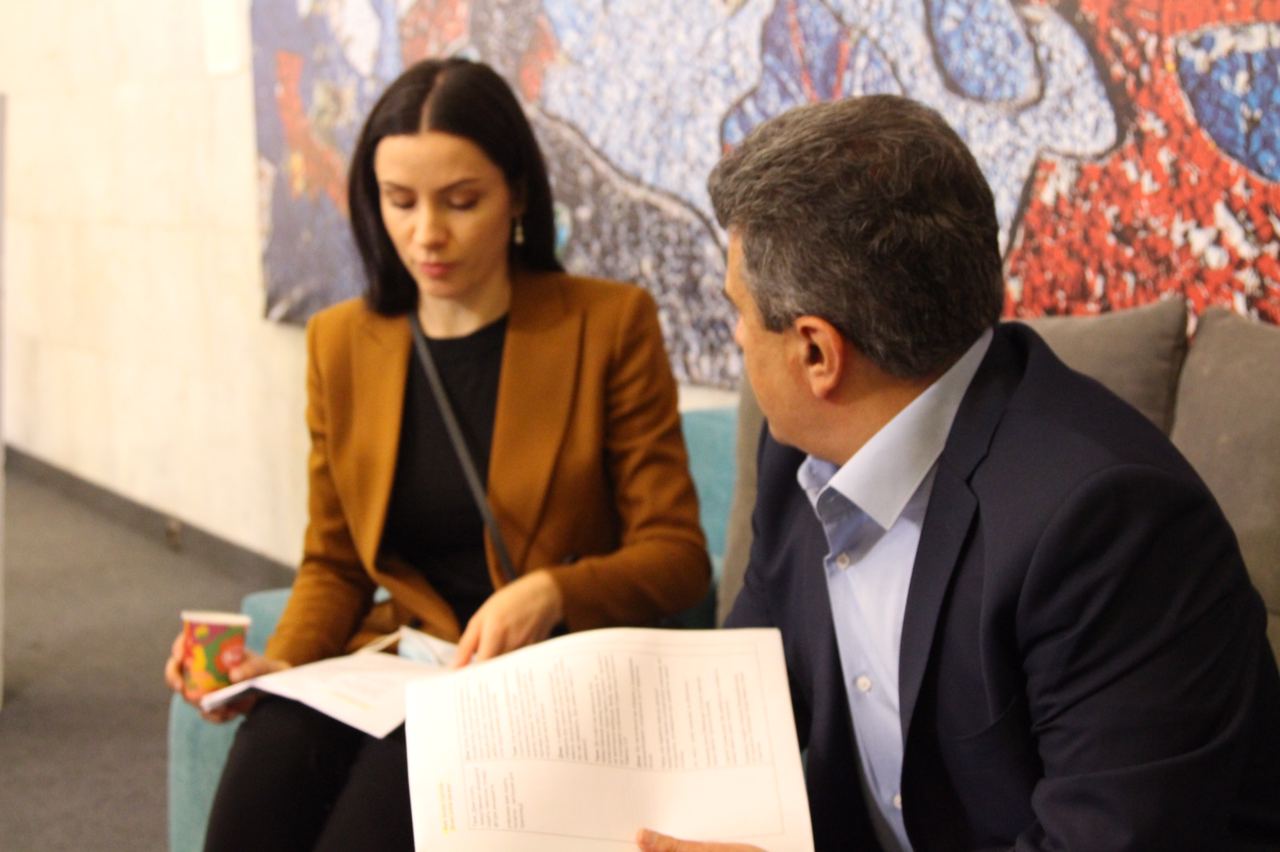 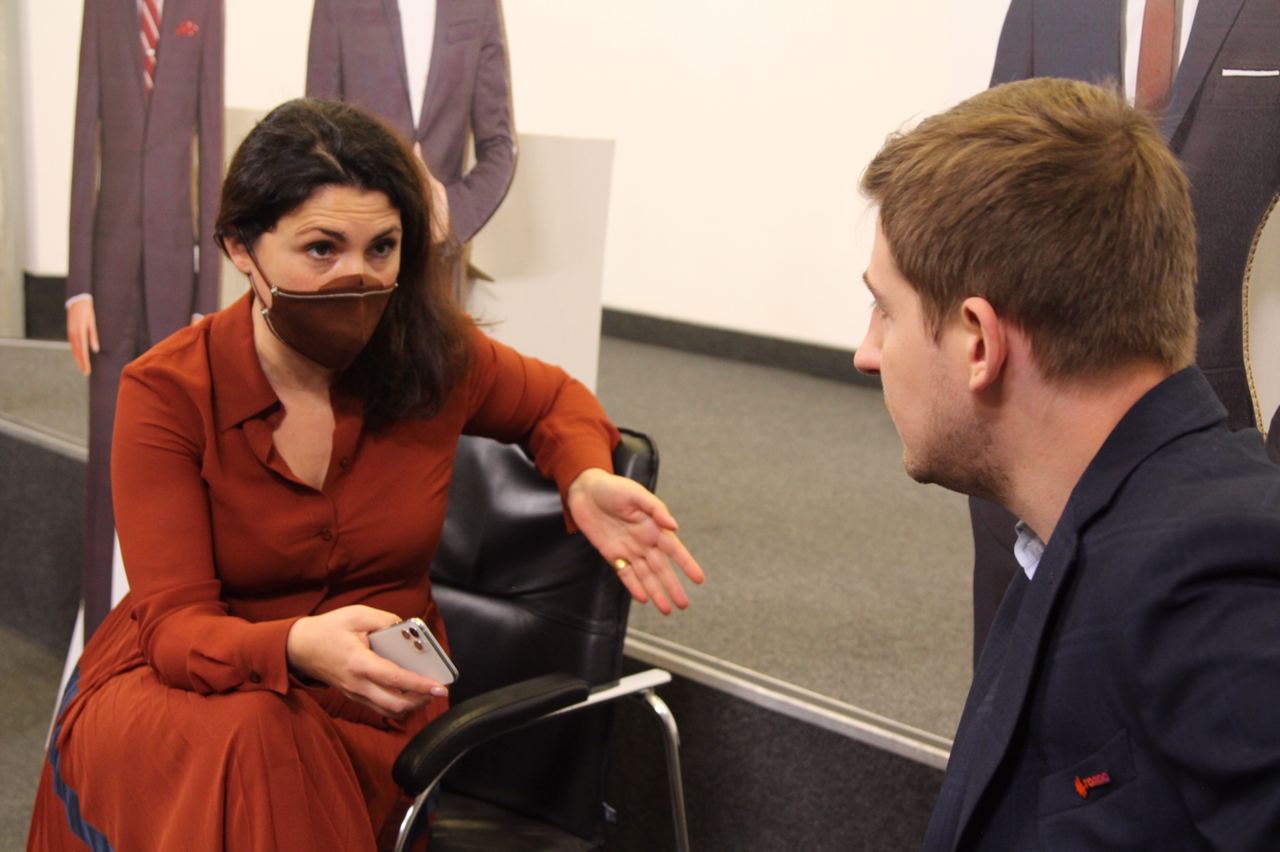 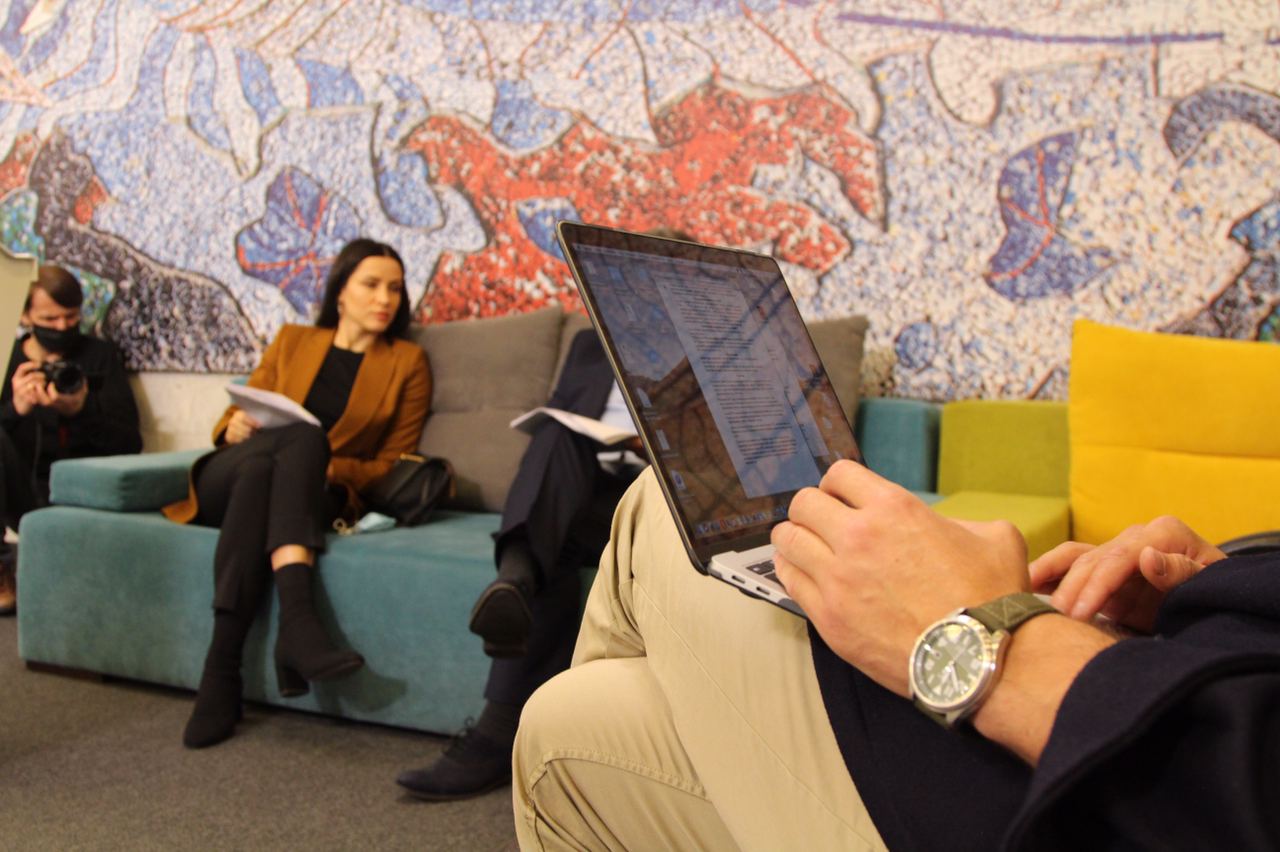 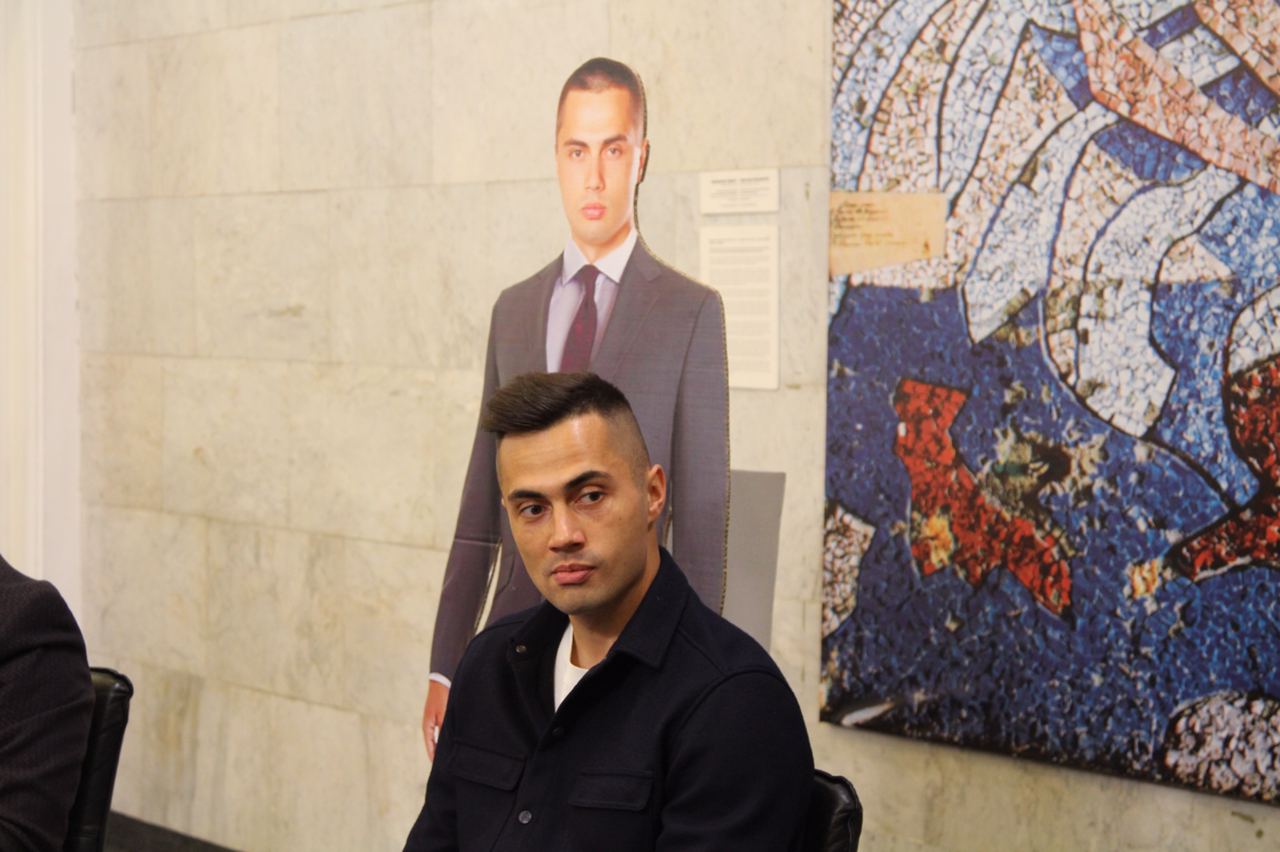 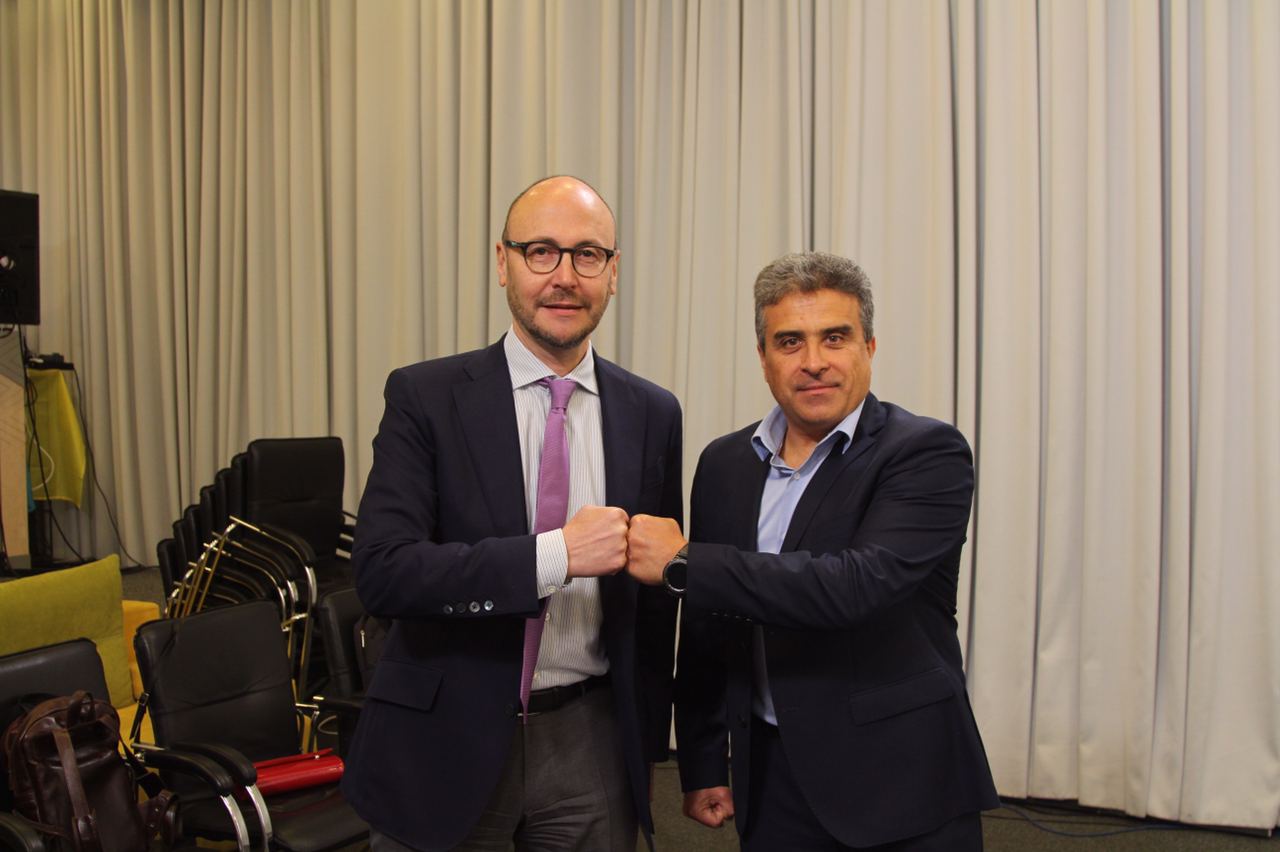 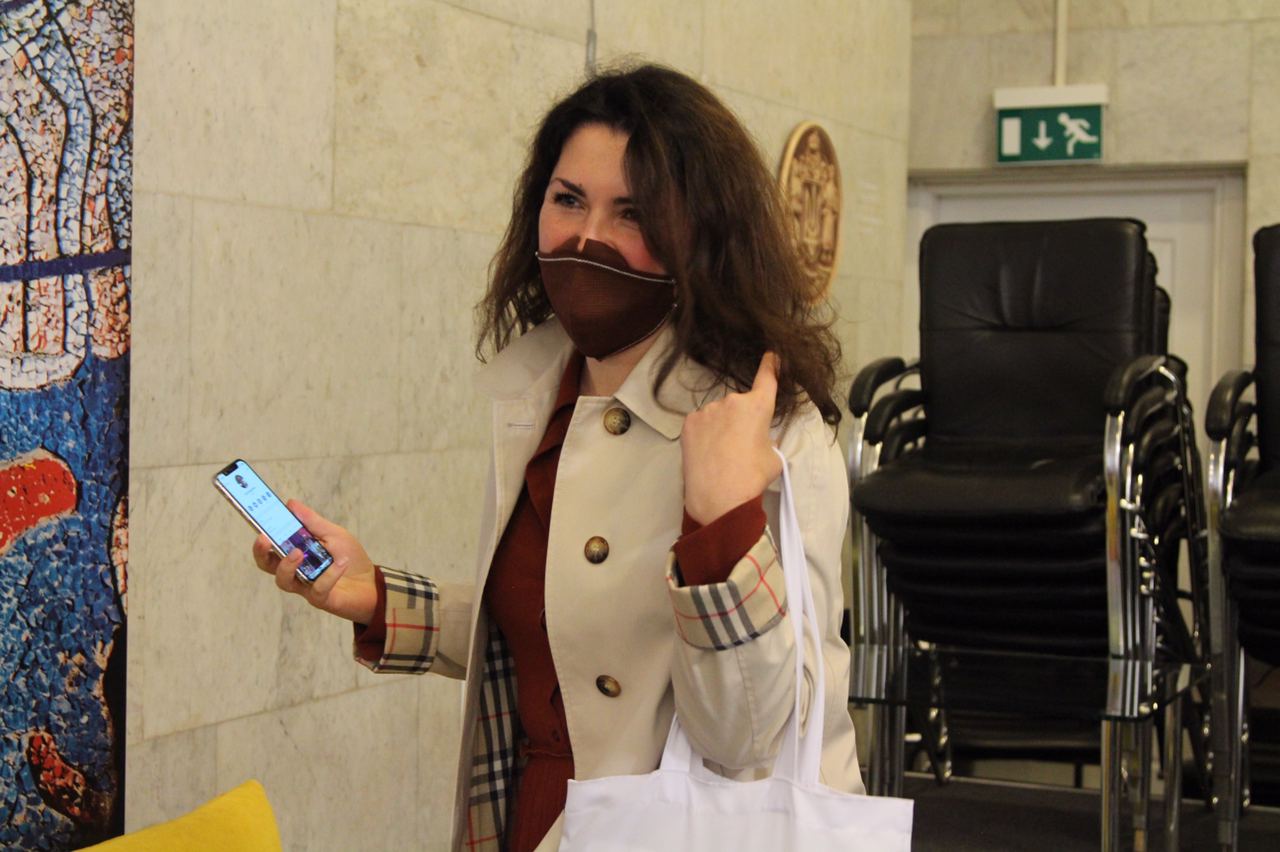 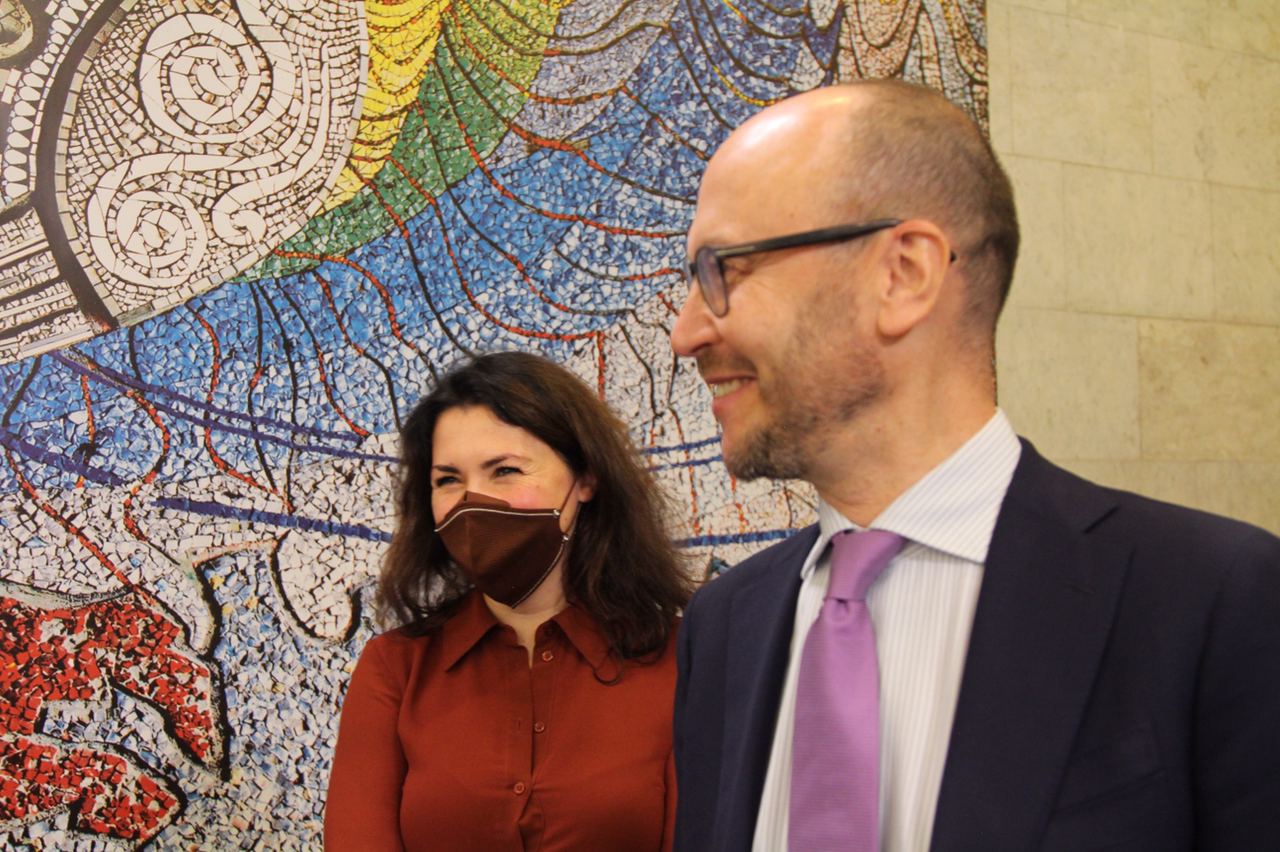 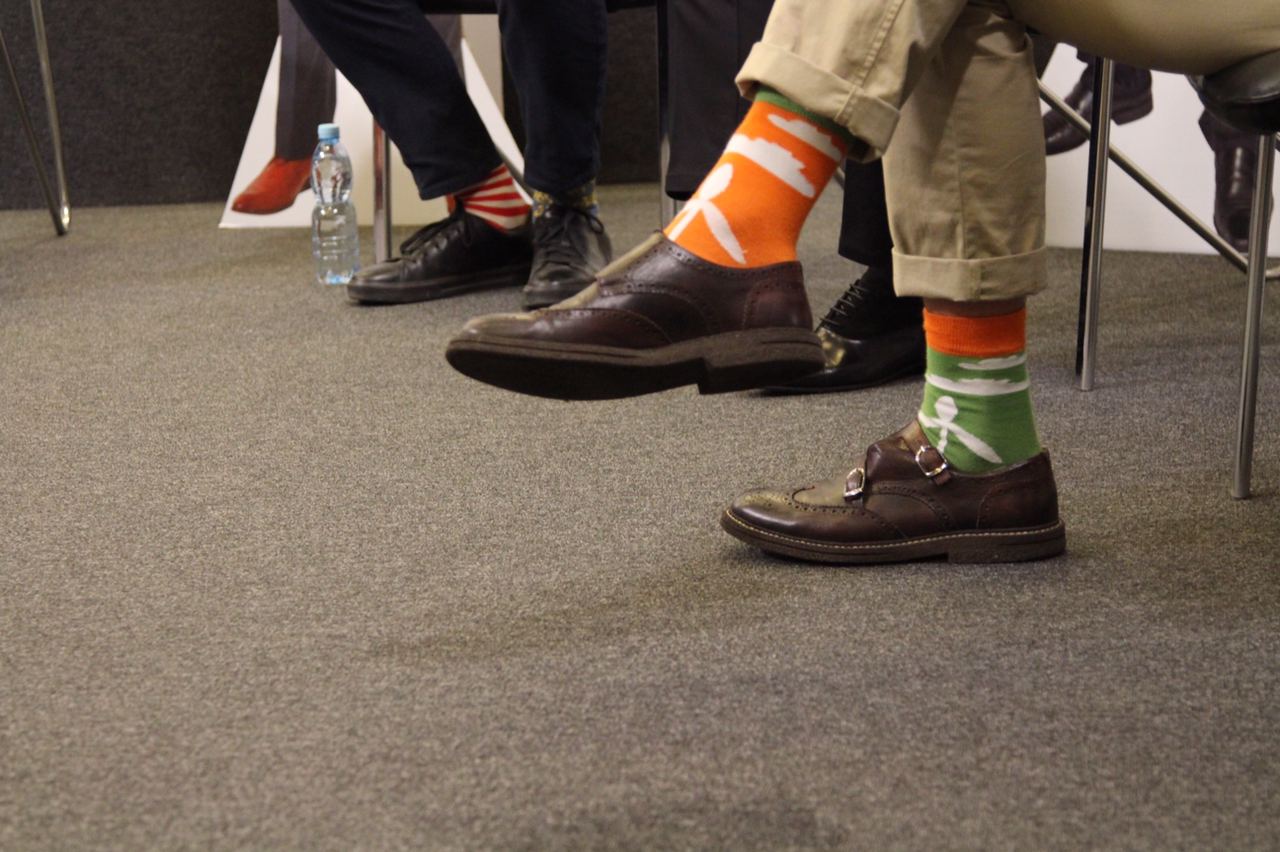 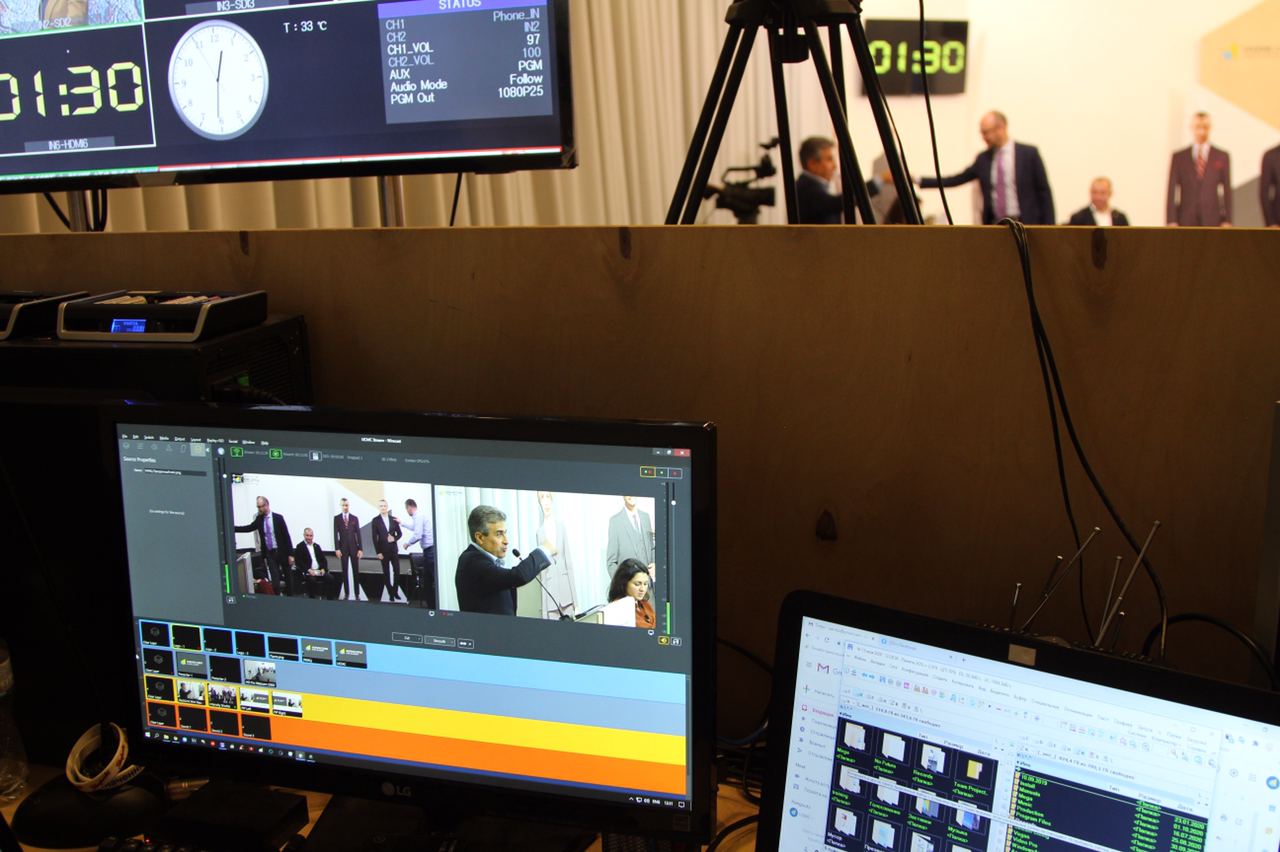 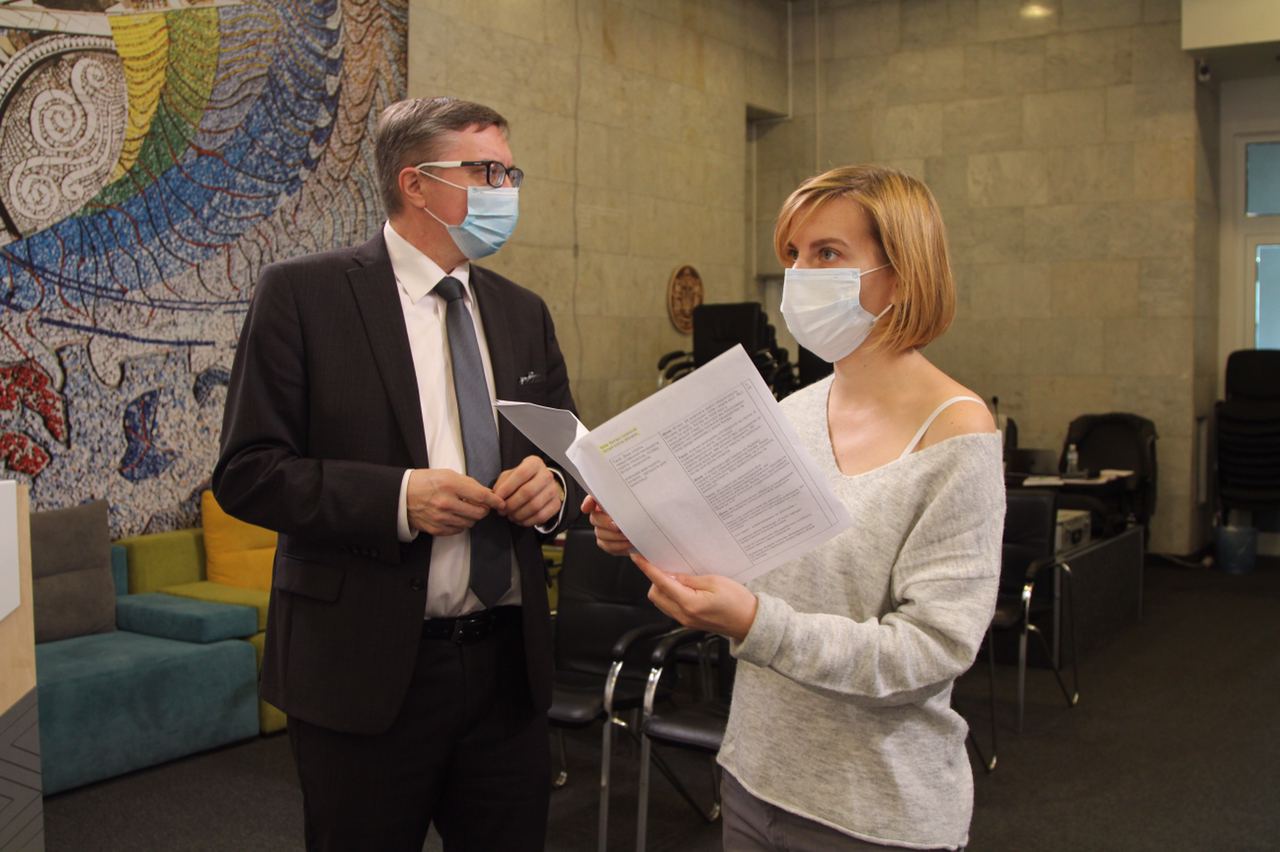 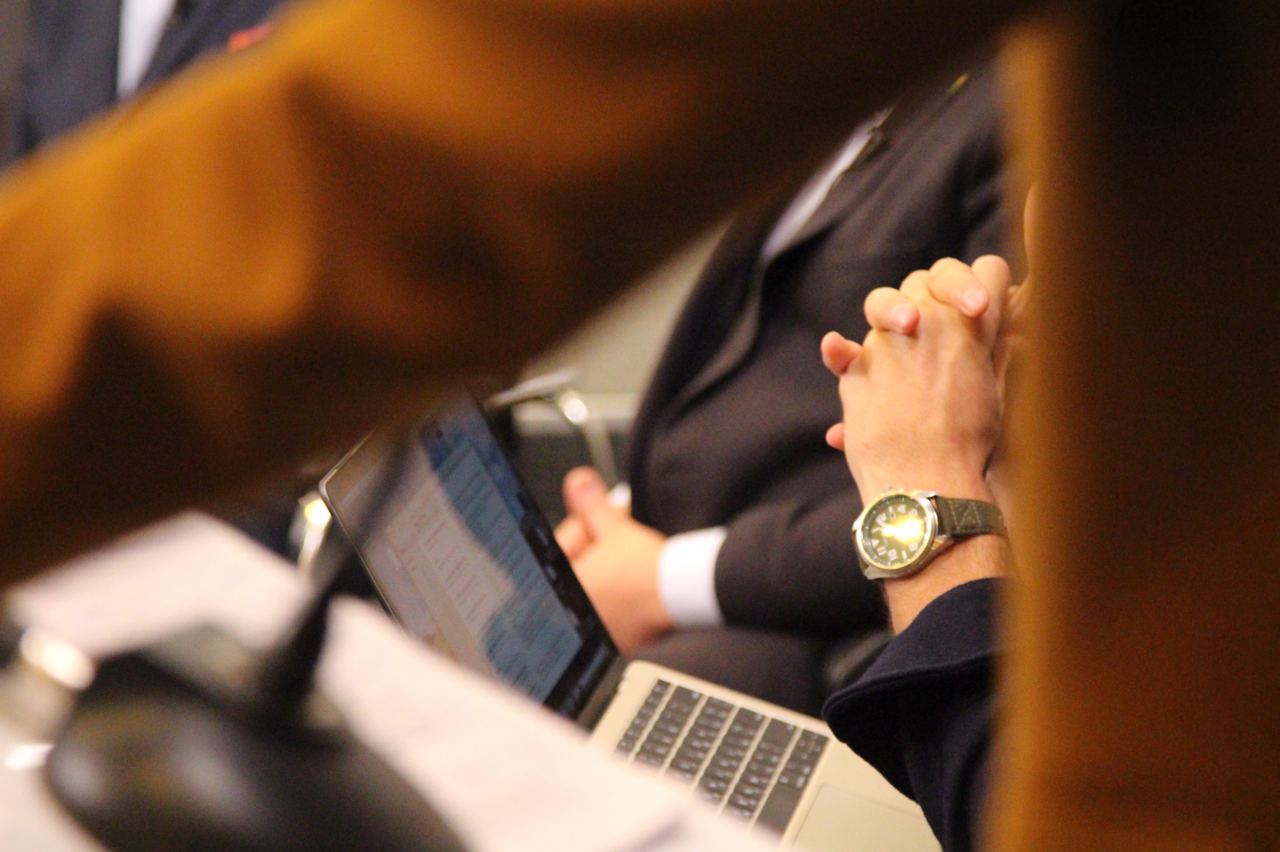 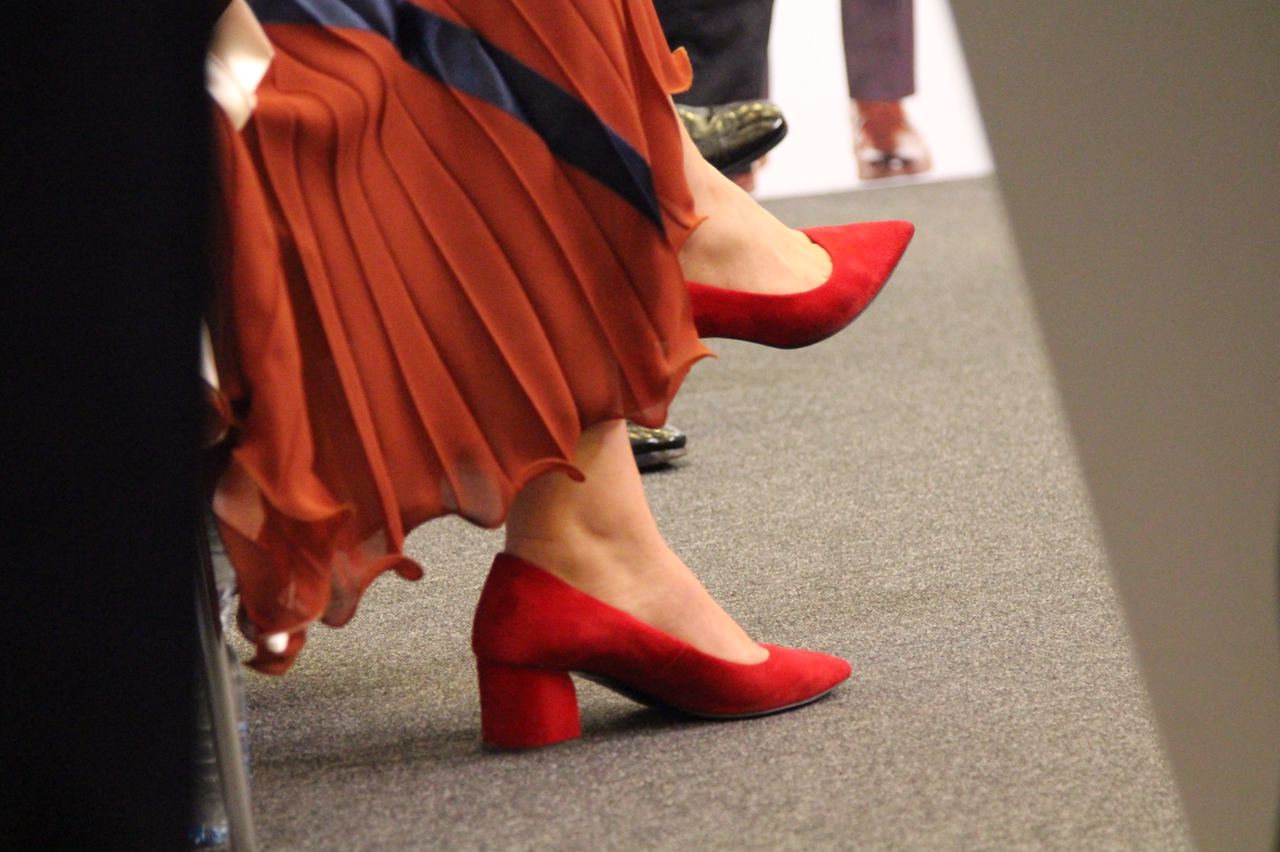 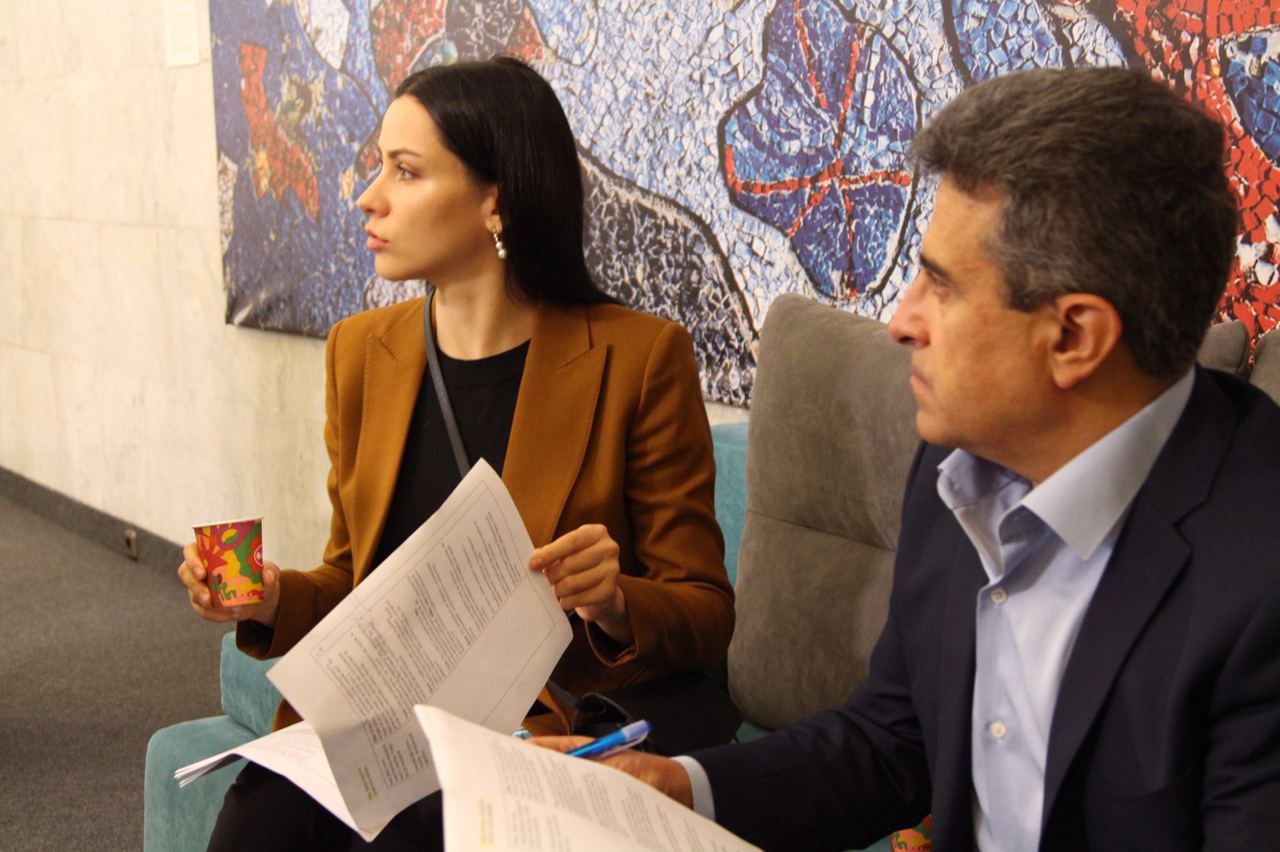 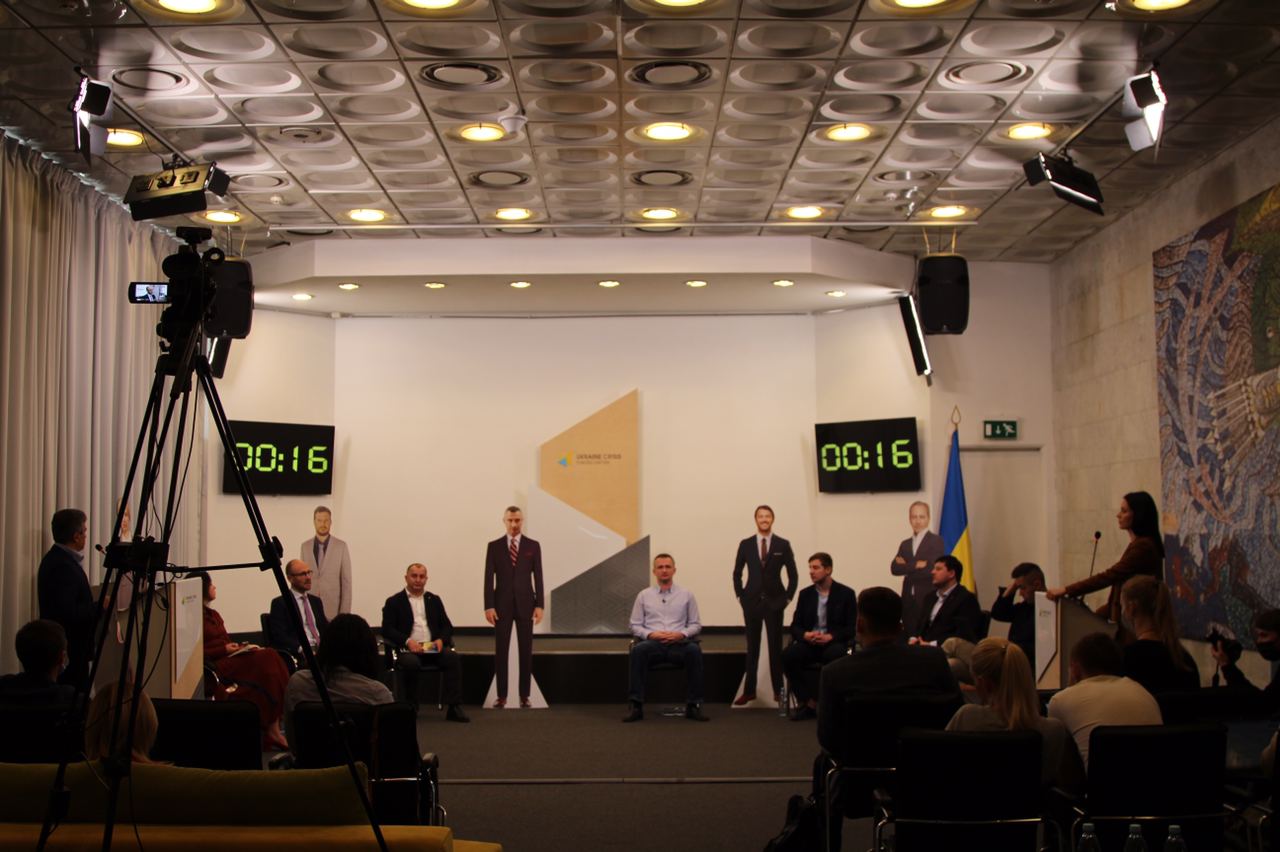 “Kyiv. Battle of Strategies” debate to take place on October 15